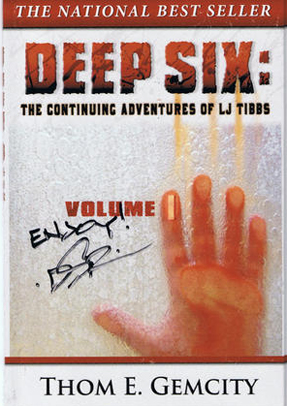 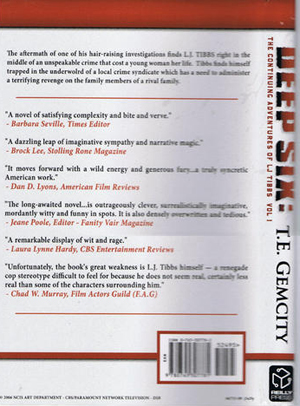 Timothy McGee writes a book under the pen name "Thom E. Gemcity", Timothy McGee's anagram. We learn the existence of this book from the episode "Dead Man Talking" (1x19): McGee speaks about it to Tony with whom he makes a stakeout.

In the episode "Red Cell" (2x20), we perceive the script for the first time while Tony and Kate came to look for McGee to him to leave on a scene of crime (Tony finds the script on the desk of McGee while this one gets ready). McGee says to him that it's personal without more detail.

We learn the publication of the book in the episode "Twisted Sister" - (4x09). Sarah reveals the secret of her brother Tim to Ziva and Tony who appreciate in no way to be the main characters of the novel of their colleague.

Stuff we know from the actual episodes